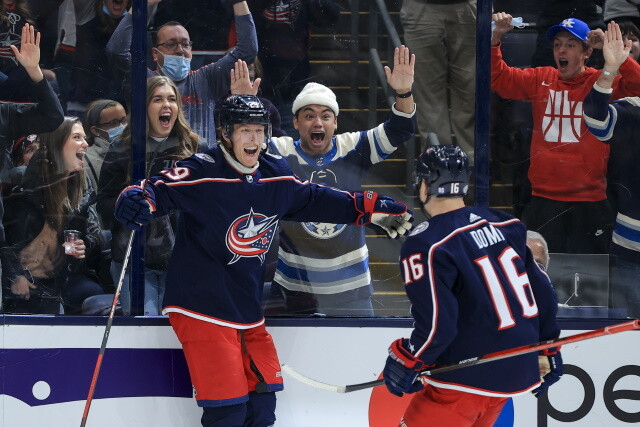 Is it as much as St. Louis if he’s again behind the bench in Montreal subsequent season?

Pierre LeBrun: “I know it’s early, but you get the sense the only “interim” a part of Martin St. Louis’ teaching tenure in Montreal is how he himself feels in regards to the gig after the season. Not the opposite approach round. Hard to not assume he received’t be behind the Habs bench subsequent fall.”

A reset for the Blue Jackets, a couple of commerce candidates and Patrik Laine

Aaron Portzline of The Athletic: Columbus Blue Jackets GM Jarmo Kekalainen is looking it a “reset” and never a “rebuild.”

As of now, they’ve two first-round picks, theirs and the Chicago Blackhawks, and each are at the moment lottery picks.

“We felt that by unloading last year (at the trade deadline) and getting the next two drafts (2021, 2022) set up, along with some already really good, young core players, that we could turn it around quicker than the rebuilds that sometimes take years,” Kekalainen mentioned. “That’s especially true if you let the losing culture creep in. There are a lot of examples around the league where it takes years and years and years because all of a sudden you’ve gotten used to losing, and that’s hard to get out of your system.”

Kekalainen mentioned that in the event you traded somebody like Zach Werenski, you’re including a draft choose to hopefully discover a Zach Werenski.

They may look to maneuver pending UFA ahead Max Domi and goaltender Joonas Korpisalo for picks or prospects. Forward Gustav Nyquist has one other left at $5.5 million and they might pay attention on that.

RFA ahead Patrik Laine can be a giant resolution for the Blue Jackets. He’s a yr away from being a UFA. Do they try and signal him long-term or do they give the impression of being to commerce him? Will Laine need to signal long-term with the Blue Jackets?

“Of course,” Laine mentioned. “I’ve received nothing unhealthy to say about this place, the group, the town, the gamers. …

“I don’t think about (the contract). It’s pretty much up to them. What are they thinking? I do what I do on the ice, and the rest is in their hands.”