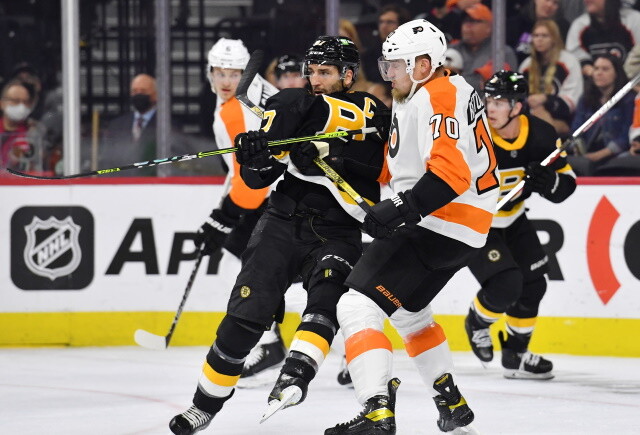 Will the Bruins be Rasmus Ristolainen?

After speaking to a couple scouts, Ristolainen is what the Bruins blue line lacks. It seems like Ristolainen is somebody GM Don Sweeney has on his potential commerce goal board forward of the deadline. They have had tried to accumulate him again when he was with the Buffalo Sabres.

“I heard from numerous folks around the league that Sweeney was in on him,” the scouts stated of the Bruins’ curiosity in Ristolainen final summer season. “I think he, like some other interested teams, just didn’t want to pay that price for him.”

Sam Carchidi of Philadelphia Hockey Now stated that if the Flyers don’t lengthen Ristolainen they should transfer him and assist save face after giving up Robert Hagg and a primary and second-round decide final offseason. They must get a first-round decide again and it received’t be simple.

Joe Haggety has been reporting the Bruins are actively procuring Urho Vaakanainen at a number of groups over the previous three seasons.

Blue Jackets and Laine haven’t had any significant talks but

The Fourth Period: David Pagnotta reported final week that there haven’t been any contract talks between the Columbus Blue Jackets and pending RFA ahead Patrik Laine. Talks are anticipated to occur sooner or later.

“He has not had any contract discussions to date, meaningful ones anyway, with the Columbus Blue Jackets on an extension. Those talks will happen a little later on,” Pagnotta stated.

“He might be able to cash in quite nicely on a new deal.”

Sources have stated that the Blue Jackets have obtained calls from some groups to take a look at if he could be obtainable or not. The Blue Jackets precedence is to maintain him.

Mark Scheig: It wouldn’t be a shock if groups are calling the Columbus Blue Jackets about ahead Alexander Texier. He’s a great participant and lots of groups want to have somebody like him on their roster.

He has time period left on his contract so the asking worth ought to be very excessive.

How to Hire the Right People to Grow Your Business: From Your First Hire to the C-Suite